Mesothelioma Settlement Amounts: How Much Can You Get?

It’s nearly impossible to estimate how much compensation one will receive from a settlement without having knowledge of the specific information of the claim and the medical history and diagnosis of the victim. However, a great deal of history has shown that the majority of these claims don’t even make it to the first trial, instead they end with a settlement.

The amount that one receives with a settlement is usually involved with how much they owe in their medical expenses, the wages that they have lost, their mental and physical distress, as well as the bills that have begun to accumulate due to their asbestos related mesothelioma diagnosis.


A victim or the loved one of a deceased victim that is planning on filing a claim for asbestos related mesothelioma, need to understand the various factors that can affect the settlement amount they receive. There are some factors that may seem more relevant than the others, as the defendant will be deciding whether or not the settlement shall be given to the victim.

The factors that can affect the mesothelioma settlement amounts include anything from third-party liability to hardships. If there is enough evidence to show that the victim was negatively affected by asbestos exposure, while also having the proper documentation ready, the victim will have a greater chance of getting the compensation they need from a settlement.

Some of the factors that may affect how much one receives from a settlement include:

Since most of the victims are dealing with cancer, they will eventually find themselves under financial hardships as the costs for their treatments, medicines and doctor visits begin to accumulate. Moreover, since these victims need to be more concerned about the treatment of their disease, they may not be able to work, causing them to lose their wages and other forms of income.

Lost wages and medical expenses due to asbestos exposure will generally be added to the total of the settlement. Depending on how much debt the victim has accumulated due to the exposure, the settlement may be seen as the best choice to make since going to court could take a long time and receiving the claim compensation could take even longer.

Negligence Of The Company

In those cases where a manufacturer had the knowledge and allowed people to be exposed to products containing asbestos, the potential liability can be substantial. Settling with the victims could be the best way to reduce these expenses, as there are some claims in history that have been in the tens of thousands. 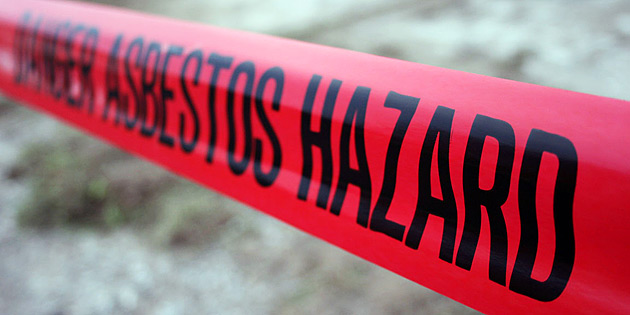 During the history of the patient, they may have been exposed to asbestos through many different products. Due to this, during litigation, the mesothelioma claims are usually filed against all of the companies that had produced products containing asbestos. The majority of claims that you find today will now deal with anywhere from 5 to 30 different companies. When there is a settlement, all of the companies that are involved will be required to pay out a certain amount to the settlement.

State Of The Case

Being able to prove wrong-doing, negligence, and liability on the defendants part could or could not be as easy as you think, depending on how you were exposed and the state in which you are filing the claim. As the litigation involving claims related to asbestos are filling up the court system, there are some states that have changed the way in which they handle these cases.

Various amounts of proof and evidence will be needed, depending on the state in which you file your claim. If you are thinking about filing a claim, think about researching the requirements and trends in your state so you fully understand what they will expect from you.

Fees For The Attorney

Make sure that you know about the percentage of the settlement you will owe to your attorney. The percentage that you owe will vary from one case to the next, depending on how far you go into court. When you are determining how much you need to receive in the settlement, don’t forget to figure in the amount that you owe to your attorney. You will determine these percentages when you first file the claim, and most attorneys won’t take any money until after the case has been closed.